Circles & Squares’ roots formed two decades ago when founder and owner Brian Hill first entered the industry selling glass, stone, and mosaic ceramic tile, as well as granite and marble. His passion was divided then with a professional athletic career as a runner and cyclist. However, what began as a means to a paycheck while competing transformed into a passion for tile design in particular, and a way to create something truly unique for his clients. 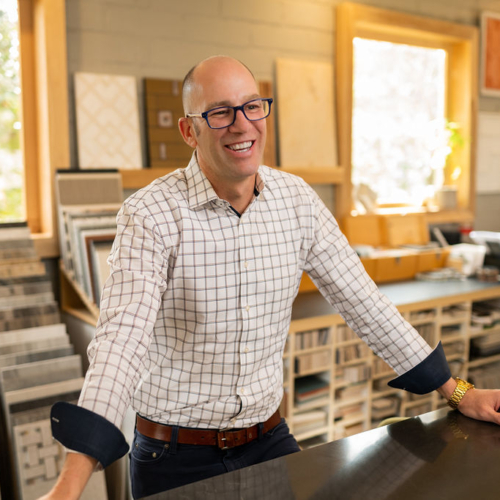 Circles & Squares opened its doors in 2015 with a unique plan towards sourcing and supplying bespoke finish and hard surface materials for luxury homes and commercial spaces.

Brian approaches his business at Circles & Squares with the same tenacity required of competitive athletes: he will source the best, rarest, and most sought after tile for his clients. Often, Brian is placing international orders for designs released months before they are even seen in the designer space in the US.

As a result, Circles & Squares is able to offer access to the highest quality designs but operates out of Greenville so Brian and his family can enjoy the lifestyle (which still includes plenty of cycling) for which the community is most known. Like Gucci, Prada, or Fendi, Circles & Squares sells tile for the hyper-luxurious client—serving up the highest quality tile in the world.

Since their founding in 2015, Circles & Squares has seen immense success and acclaim. Their growth has been noticed by local publications and influencers around the world. Brian has even developed his own line of handmade tile created in-house to add to the myriad offerings.

Marilyn Hill is wife to Brian and also serves as Strategist for the company. A competitive athlete in her own right and consummate entrepreneur, she met Brian on the bike racing scene where she worked as a Race Director of fitness events of all sizes.

In her role at Circles & Squares, she focuses on day-to-day operations and painstaking details, ensuring the customer experience matches the quality of the products being sold. Marilyn compliments Brian’s artistic creativity with a brass tacks approach of bringing vision to reality.

When not in the showroom at Circles & Squares, Marilyn is on a horse where she competes as a Hunter Jumper, or on her bike prepping for her next race. 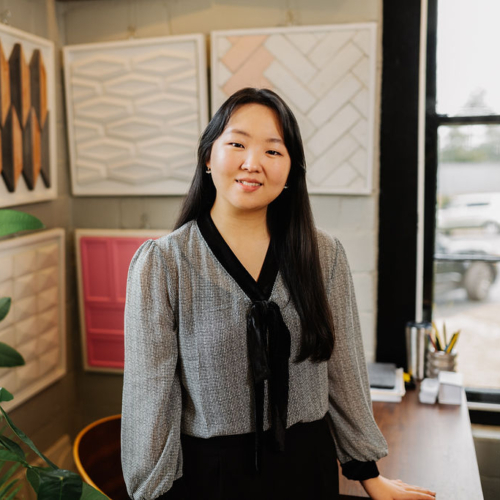 Jenny Chung started as an intern and now is an interior designer at Circles & Squares. She recently earned her BFA degree in Interior Architecture and Design from Bob Jones University in Greenville, South Carolina.

Jenny assists clients with colors, tile selections, and tile pattern layout drawings. She enjoys residential and commercial design. Her goal for design is to corporately create space with colors, shapes, and textures to fulfill the purpose of space. She believes that every style of design can be beautiful when designed well and right.

Sign up to stay up-to-date with our latest products!